“Nothing was ever built like it, neither before nor after… If it is no longer that way, it remains a great city.”
al-Qazwīnī, Āṯār (1206) 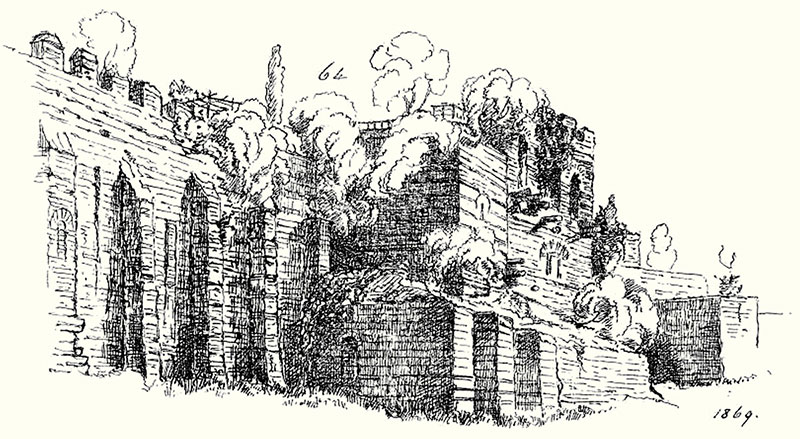 This website is an expanding record of the architectural remnants of Roman 'Byzantine' Constantinople, 330-1453.

'What's left of Constantinople?' can't help but capture the imagination of anyone drawn to Byzantium. Yet despite countless references to the city's grandeur, I was skeptical about what might remain of it. Like many people, I had preconceived notions about the 'dark' and middle ages, amplified by an assumption of Turkish indifference. Throw in qualms about the prowess of early Christianity, or what 1700 years can do to stone and mortar, and my doubts seemed well-founded.

In truth, while there is quite a lot left, most of it is in poor shape. At all but a handful of sites, your mind's eye has some very serious work to do. The more I learn, the more I blame earthquakes, the Fourth Crusade and the heady pace of urban development of modern Istanbul.

To manage this reality, I've categorized every feature on this site by its current condition:

I've tried to make the map as accurate and mobile-friendly as possible. Overlaying the Roman on top of modern Istanbul's streets, you should be able to use it to quickly decide what to see, and how to get there.

If you have any recommendations or corrections, please feel free to email me at cityofconstantine@gmail.com or connect on Twitter.